April 18, 2016: Peterbilt Manitoba PacLease was awarded the 2015 Canada Region “Franchise of the Year”, and Gold Level designation on the PACCAR Leasing Standards of Excellence, based on performance in 2015.

When assessing Standards of Excellence, the performance of each franchise is evaluated in five areas: Commitment, Capabilities, Profitability, Asset Management, and Sales and Rental Management.

A Gold Level designation on the PACCAR Leasing Standards of Excellence includes achievements like showing a consistent profitability stream, attainment of goals for in-servicing trucks, and improving operating performance.

Peterbilt Manitoba PacLease began operations in 2002.  In 2015, they were able to reduce their variable costs and greatly improve their PM currency.

Congratulations to Lease & Rental Manager Troy Argo and his team at Peterbilt Manitoba PacLease for this award. It is a testament to all the long hours, hard work, and dedication they all put in to ensure that everything is being done to look after our amazing customers! 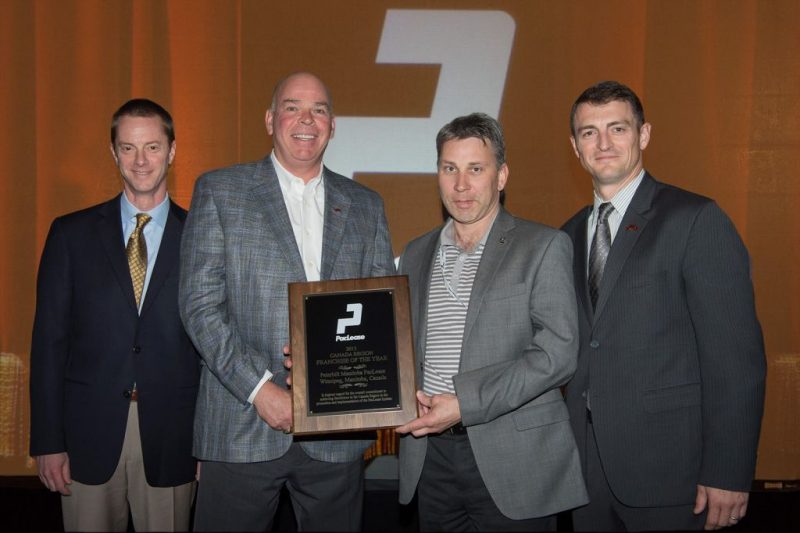