At the recent Peterbilt dealer meeting this past February in San Diego, Ca. Peterbilt Manitoba Ltd. was once again recognized by Peterbilt Motor Company as one of the top performing dealerships in North America.

Both our Brandon and Winnipeg locations received the “Platinum Oval” Standard of Excellence award for highest achievements.

We also received the “Best in Class” award (21 dealers in North America received this award).

This award is based on a combination of standard of excellence scores, financial performance, parts & service performance, new truck sales, and MX Engine sales! This is the 11th time we have received this award!

Congratulations to all of our Peterbilt Manitoba staff for making this happen!! 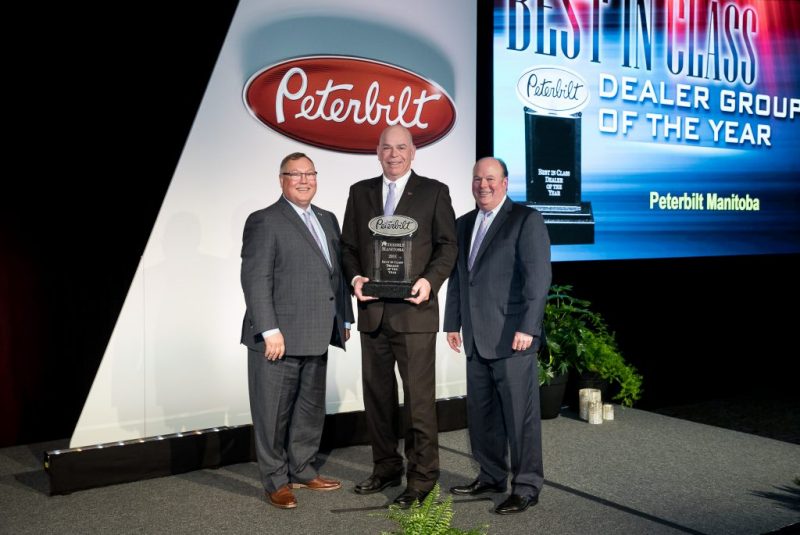 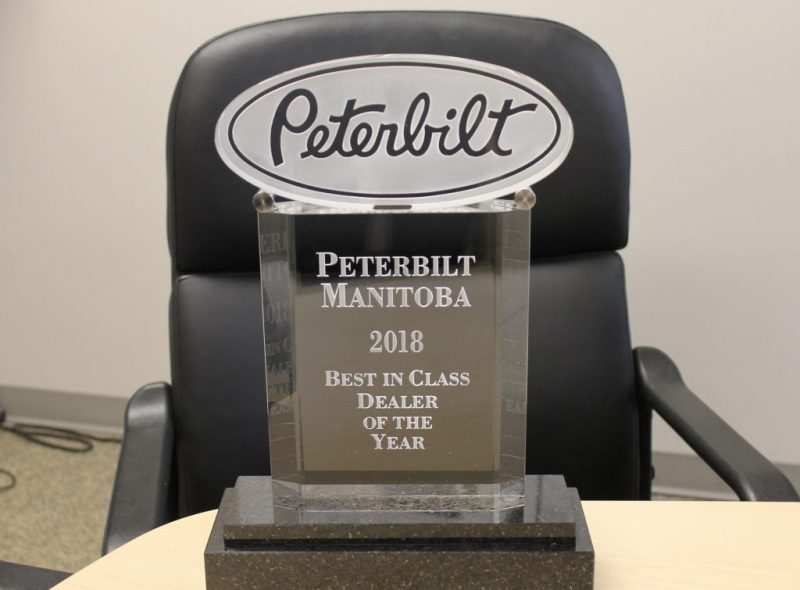 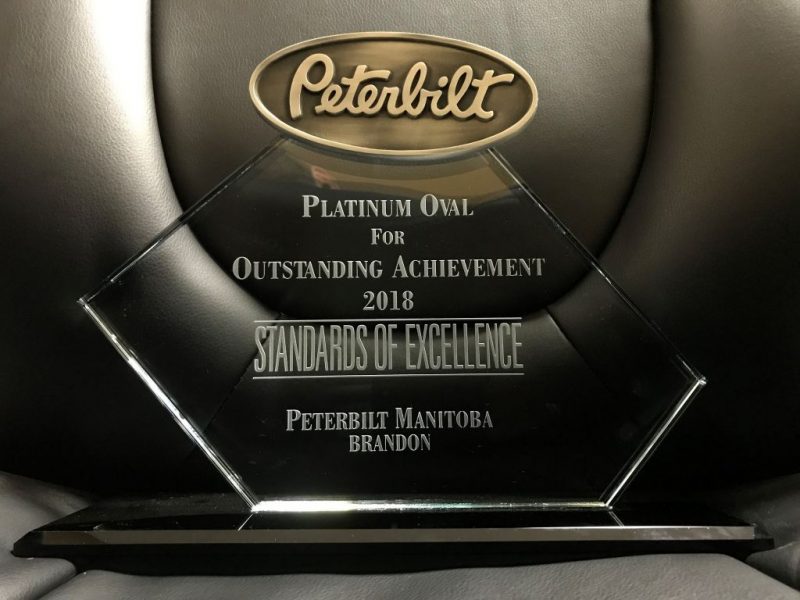